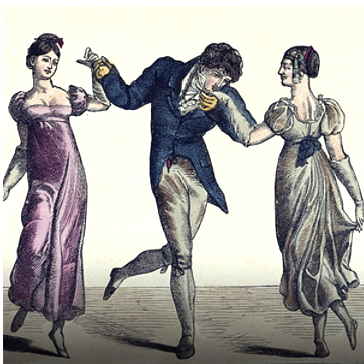 The theme for term 2 will be the REGENCY (1811-1820) that began when the Prince of Wales, later King George IV, replaced his mad father as British ruler. Around the Regent surged a society steeped in contrasts: evangelicalism and hedonism, fashion and drunkenness, decadent wealth and despair. The arts and literature flourished, science and engineering burgeoned, yet there was also abject poverty, slavery, pornography, opium abuse, and British military atrocities in foreign lands. We will explore some of this, with the usual opportunity for those who so wish to give brief talks.